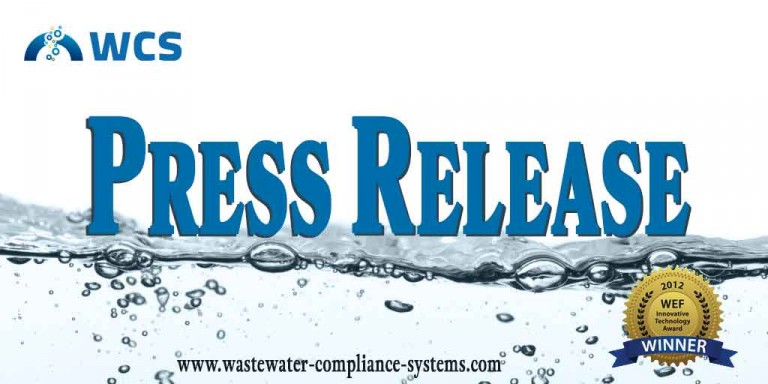 What will you do when your lagoon receives ammonia and nitrate discharge limits at the same time? What is the solution to achieve near entirely nitrogen removal in the existing wastewater lagoon?

Santa Clara Pueblo, New Mexico is a small Native American community with 1,000 connections in the north part of the state. The wastewater is treated by a two-cell lagoon. In the late 2000s an increase in nitrate levels in Santa Clara Pueblo’s aquifers. Eventually, it was determined that the cause of this increase was excess percolation coming from its lagoons. Although there wasn’t an immediate public health threat since no one was living downstream from the lagoon, some of that nitrate was nevertheless making its way into the Rio Grande River and surrounding groundwater can cause a potential health issue. Due to this increase, the Pueblo needed to enhance the treatment capability of its lagoons and reduce its total nitrogen concentrations, all without spending a large sum of money on a mechanical plant.

Upgrading to Bio-Domes: In 2013, Santa Clara Pueblo’s engineer chosen WCS’ Bio-Dome® system to accelerate their lagoon’s capacity because it was a reliable and the most cost-effective alternative. The community not only saved the money for their lagoon’s upgrade by choosing Bio-Dome® as a capital investment, as well as in operations due to the small amount of energy required for the system.

At the end of 2013, 49 Bio-Domes were installed in the lagoon to provide year around nitrification and denitrification in the treatment cell to remove nitrogen. This was to be accomplished by first “nitrifying” the water (i.e., removing the ammonia in the water by turning it into nitrate and nitrite). During this step, air was pumped through the Bio-Domes for 20 hours each day. When air is flowing to the Bio-Domes, the ammonia is consumed and turned into nitrate. As soon as the air is cycled off, the nitrate is converted into nitrogen gas, which escapes out of the water, thereby decreasing the concentration of nitrate in the lagoon.

During the past few years of Bio-Dome® operation, the Santa Clara Pueblo’s wastewater lagoon is performing well, discharging low nitrogen (ammonia, nitrate and nitrite) contained effluent.  Santa Clara Pueblo has been pleased with the performance of the Bio-Domes. So, Bio-Dome® system can achieve the complete nitrogen removal cycle if correct conditions are provided.

In November 2016, both WCS’ Bio-Dome® technology and Santa Clara Pueblo were awarded the Best Practices Award for providing cleaner water for the community in 21st annual NM Infrastructure Finance Conference. Santa Clara Pueblo is confident that the Bio-Dome® will be a long-term wastewater treatment solution for their community even the flowrate will double in future. 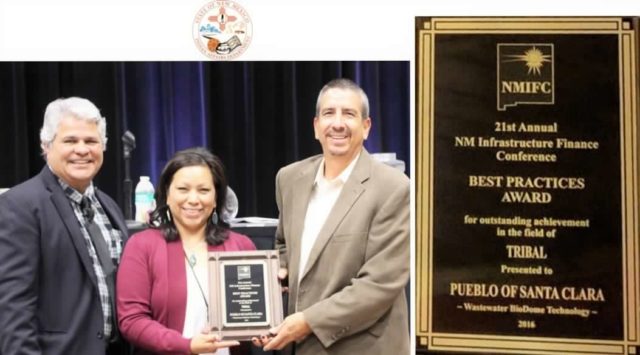 Bio-Dome® is featured in “Principles of Design and Operations of Wastewater Treatment Pond Systems for Plant Operators, Engineers, and Managers” (EPA/600/R-11/088).

For more on how a Bio-Dome® solution can keep your lagoons compliant at a cost you can afford,