The Many Glacier treatment ponds serve a hotel, campground, and a small park village for employees. These facilities are located on the east side of the park. The pond originally had blowers and aerators, which are now out of service. Currently they are running 3 ten horsepower surface aerators which are frequently clogged with debris. Over the last few years they have had odor problems, as well as high levels of BOD and ammonia in the effluent. They are also faced with increasingly strict discharge requirements.

During 2010, WCS received a sole source federal contract to install 50 Bio-Domes at Glacier National Park to confirm efficacy for BOD, TSS, and ammonia reductions for a design flow of 100,000 gallons/day. 10 of the Bio-Domes will consist of the 7-shell units, and remaining 40 will be 4-dome units. The Bio-Domes will begin operation early spring 2011 for a full tourist season test that could lead to installations at several other national parks in subsequent years. The new system will require a 5hp blower to operate, cutting their energy consumption by over 80%. 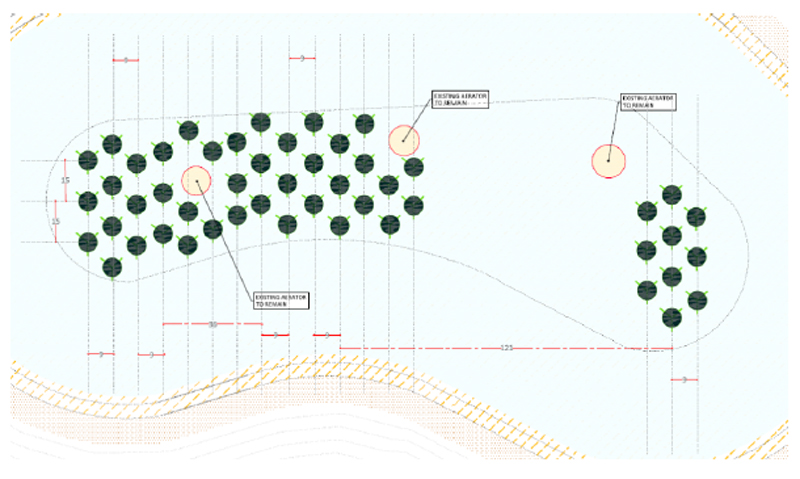 While the system started mid season during 2012, the treatment provided far surpassed the previous years’ results and the odor issue was completely eliminated which made the nearby campsites much more pleasant for visiting tourists. WCS has been asked by the National Parks Service not to disseminate their discharge results without a formal written request. If interested in the results of the Glacier Project please contact WCS.