Gary Crouch attended a presentation by WCS at the Virginia Rural Water show in April 2011. After the presentation Gary approached WCS about using the Bio-Domes to help address high TSS levels due to algae blooms during the summer. WCS proposed a pilot study through the 2011 summer months to evaluate the Bio-Domes ability to consume the algal TSS after killing it by blocking the sunlight. New Castle’s alternative was a sand filter that would be expensive to both build and operate.

The pilot study ran from July – September 2011, after it was determined that the Bio-Domes could in fact solve New Castle’s algae problems, the community moved forward with a full scale design and implementation. The Bio-Domes were installed in April of 2012, and while there were a few hiccups during the start up period, after the Bird Balls were installed in the lagoons and a few operational changes were made, the results for both TSS and BOD levels have been exceptional. The historic effluent data can be seen below. The Bio-Domes have kept New Castle well below their permit limit as well as their historic effluent limits since August 2012. 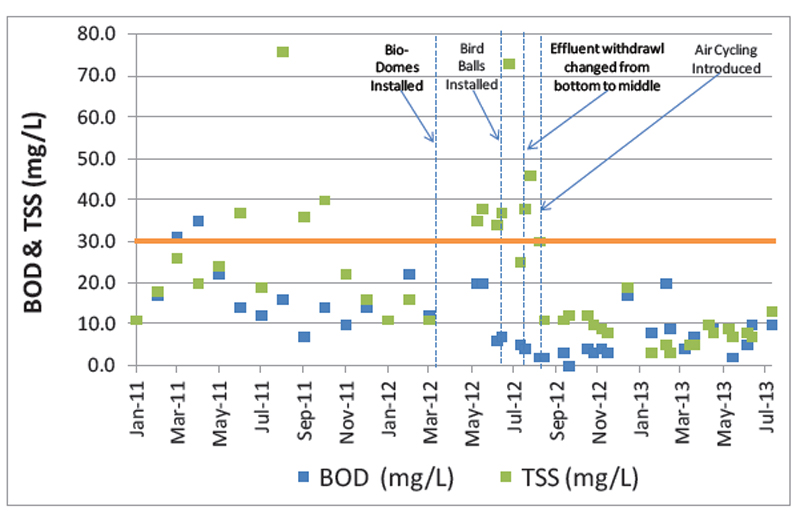