Like most other small communities in Iowa, West Branch operates an aerated lagoon to treat their wastewater prior to discharge into a nearby stream. West Branch in conjunction with their consulting engineers from Veenstra & Kimm are anticipating a new permit that will require them to provide year round nitrification. In an effort to be proactive in identifying an economical solution for their system, West Branch partnered with WCS to run a pilot study at their location during the winter of 2012 – 2013.

Unlike the weather experienced by Lennox, IA, the weather conditions in West Branch were much more sever and caused a few problems with the mobile pilot unit. To begin, the pilot unit froze during the latter part of December and after Matt and his team added an additional heater to prevent freezing, the power draw exceeded the wiring of the pilot unit which caused a meltdown in the beginning of the February. In spite of these difficulties, the pilot unit was able to show the Bio-Domes are capable of providing nitrification even when water temperatures approach 2 oC. 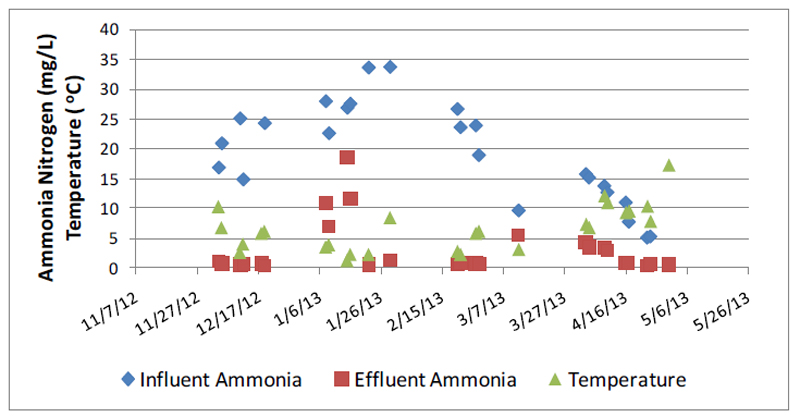